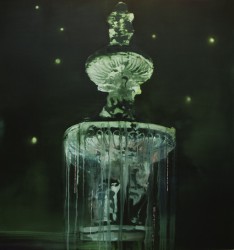 Please join us at the opening reception of the exhibition on Thursday 25 September between 5 – 7 p.m at Galleri Agardh & Tornvall, Sibyllegatan 65 Stockholm.

Joakim Allgulander is represented by several major museums and institutions in Sweden and is exhibited internationally. Latest exhibition were “To conquer a universe” at Gotlands Konstmuseum (2013) with the release of the book TRUST ME with works from 1992–2013, “The Great Sleep” (2014) soslo show at Galleri PS in Gothenburg. The artist is represented by the Jealous Gallery, London and has with them participated in art fairs such as ART14, London (23014), Affordable Art Fair New York (2014) and the Original Print Fair, Royal Academy, London (2014).

Joakim Allgulander, born 1965 in Stockholm, lives and works in London. Allgulander studied at the National College of the Arts and Crafts in Stockholm.
Joakim Allgulander creates work that evokes both emotion and curiosity. His art is characterized by a conceptual base, combined with the skill and craft and a love of the practical process. He demonstrates a curiosity and a desire to explore different media and techniques. The works of Allgulander often have an existential content and a dynamic play with contrasts; everything from natural and artificial, new and old, to more archetypical opposites such as light and darkness, and life and death.

The solo show “Intruders”, which is the first at Galleri Agardh & Tornvall, is the first ever with only paintings exhibited. The exhibition includes paintings with images from everyday life, but pitched in colour and composition that creates an existential drama and intrigues the viewer.